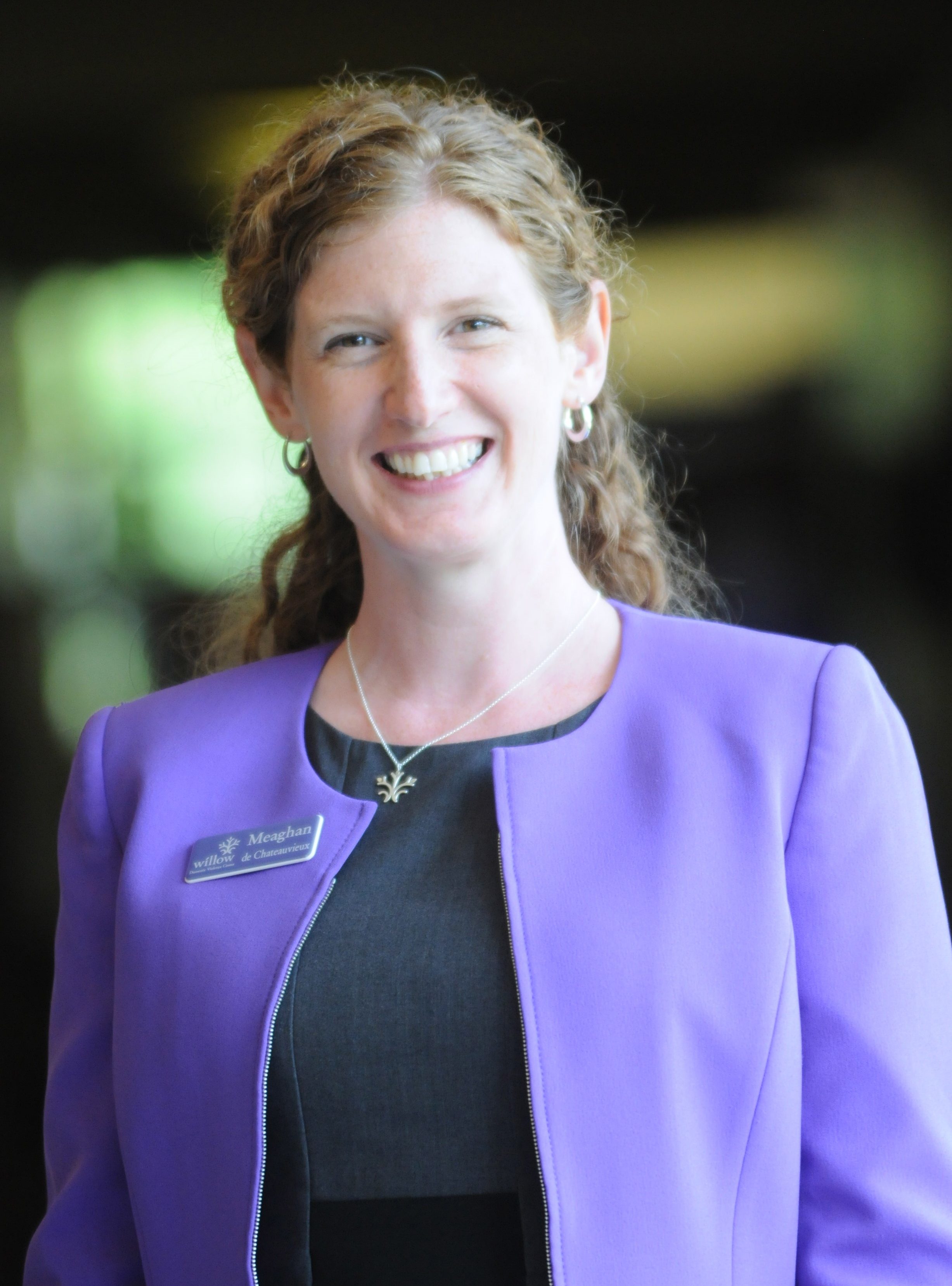 Willow Domestic Violence Center announces today that it has promoted Meaghan Lacey de Chateauvieux to President & Chief Executive Officer by unanimous vote of the Board of Directors.

Meaghan joined Willow (then known as Alternatives for Battered Women) in 2013 as the Director of Development and Marketing. In this role she managed all aspects of Development, Marketing, Public Relations and Willow’s Volunteer program. During Meaghan’s tenure she successfully completed an $8.4 million capital campaign while spearheading 20% year over year growth in Annual Fund contributions.

Most recently, Meaghan led Willow in partnership with two other Executive team members as part of an interim leadership team established while the board completed its extensive CEO search. In this role Meaghan had oversight of all agency administrative functions including Finance, Human Resources, Grant Administration and Special Projects, while being a very visible member of the team in both media appearances and community based partnerships.

Meaghan is a graduate of Nazareth College with a BA in Psychology and a minor in Women’s Studies. She completed her Masters in Political Science at the Maxwell School at Syracuse University. Prior to joining Willow, Meaghan served in a variety of roles in both not-for-profit and university settings. She is active in the community on a variety of committees and was a graduate of Leadership Rochester in 2009.

“The board is thrilled to promote Meaghan to President and CEO. She has displayed tremendous leadership during our transition period, working hard to stabilize the organization and advance the mission publicly with donors, media and the community.” said board chair, Barbara Purvis. “Meaghan’s passion for our mission and values will ensure Willow’s important work continues and position it for an exciting future ahead.”

Meaghan is optimistic about the future of Willow Domestic Violence Center. “Willow’s 40-year history leading our community’s response to domestic violence, including the past five years of transformational growth, has created such momentum,” says de Chateauvieux, “to strengthen our partnerships, to expand our programs and prevention efforts, and to remove barriers that survivors face on their journey to safety and healing. Willow’s future is bright, thanks to our dedicated staff, Board leadership, and tremendous community support and collaboration.”